Internet of things has gone through an enormous expansion in the last couple of years, and we see indications that the market will grow even more in the near-future. It carries quite a bit of potential for both industrial applications as well as the average consumers.

Let’s take a look at how all of this is possible, and what sensors make the IoT the next big thing. We will also talk about electrochromic displays and what their possible integrations with these sensors are.

What are the Most Common Sensors in IoT?

At the core of the Internet of Things is a great network that makes it possible for devices to communicate with one another. Through this network, a vast amount of data is passed at any given moment. The question that begs to be asked: what creates all this data? The information is captured by a wide range of sensors. The most popular are as follows:

As the name suggests, proximity sensors serve to indicate the distance of a certain object from them. Their most common use can be seen in the vehicle industry, as they indicate whether you are going to hit something while reversing.

Another use includes counting parking spaces in locations such as stadiums, airports or shopping malls.

Temperature sensors are most commonly used in today’s world. They serve to measure temperature values and changes in temperatures in air, or objects. They are widely used in a range of IoT devices. Some of these include A/C, refrigerators and other similar devices.

These are used in various types of industries, as well as the common consumer products we all know.

Pressure sensors are relevant in industries where systems function based on levels of liquid or gas pressure. This is important in IoT, as these sensors can be used to immediately notify an administrator whether a type of pressure is too low or too high at a certain moment.

The most common use of pressure sensors includes facilities in which warmth.

These sensors are primarily used in facilities where the quality of water is constantly checked. They ensure that certain water is safe for use by the population. Like other sensors, they are very important in the IoT world, as their connectivity can be used to notify people who are monitoring the reports of the water quality.

Chemical sensors are specifically used in industries where the presence of certain chemicals in a liquid or in the air is consistently monitored. This monitoring process is performed where the possibility of a dangerous chemical release is always present.

Gas sensors share a lot of similarities to chemical sensors. While chemical sensors are pointed at chemicals, gas sensors are specifically made for the presence of certain gases in the air. They are extremely useful in places such as coal mines, oil and gas industries, various types of laboratories and other places where good air quality directly impacts the safety of people.

Infrared sensors are used to detect different forms of changes in their near surroundings.

Their most common use is in medicine. They are used to measure blood pressure with ease and are now highly present in devices such as smartwatches and fitness trackers.

Use-cases for IR sensors also include:

These are only a few examples of the sensors that you can find in the Internet of Things. There are plenty more, including level sensors, smoke sensors, motion detection, accelerometer and image sensors. The list goes on, but we want to focus on how Rdot electrochromic displays can play an important role here

There are plenty of different types of sensors that go in various disposable devices. These are primarily used in the medical field, such as applications for blood tests, drug tests, alcohol tests, and pregnancy tests.

Implementation of electrochromic displays in this use-case is an eco-friendly decision. This is something we explore more in the passage below.

Not all devices are plugged in into an electric grid. In fact, an increasing number of IoT-devices are now self-powered or running on a battery. To help them become more efficient, every part needs to consume as little power as possible. This is where Rdot electrochromic displays come into play, as it is the most energy efficient display for most scenarios.

As we have covered previously, the Rdot display is the perfect IoT display for several reasons. Furthermore, they can be integrated with the sensors (listed above) in different ways.

When it comes to the aforementioned disposable devices, it is important that all of the components are eco-friendly. This is the case with Rdot electrochromic displays as they can be constructed with 100% organic and biodegradable materials. Furthermore, their functionality is even better due to the low power requirements and a very resource-efficient manufacturing process. As Rdot electrochromic displays are semi-bistable, they require a small bit of power to turn on. However, once they are on, they can hold a particular image for a long period of time without using any power.

On top of that, implementation is made even easier as these displays are thin and flexible. When you take into account that they can be made in different sizes, it is easy to conclude that they can be implemented with any type of disposable device.

Rdot electrochromic displays are commonly designed as seven-segment displays. This means that they can be easily integrated with a wide range of sensors that indicate a certain numerical value. An example of this could be a pressure or temperature sensor. In fact, any sensor that picks up information that can be shown in numeric values is a good candidate for electrochromic display integration with sensors.

Rdot electrochromic displays support colors as well. Electric charge can change the state of the color on the display. Examples of common color combinations are red to dark, green to dark, and gray to blue.

These different colors can be used to display the measurement values of a particular sensor, while also saving power during the entire process. For example, if a certain value of gas or chemical present in the air is too high, a red-colored electrochromic display can be turned on to signalize danger, while a green display can be used to indicate a positive status.

As you can tell, IoT heavily relies on different types of sensors. As some of these sensors are used on remote devices that are self-powered, it is clear that implementation of electrochromic displays is a good fit. Thanks to their power-efficiency and flexible design, the electrochromic displays can be used to display the output values and states captured by the sensor. 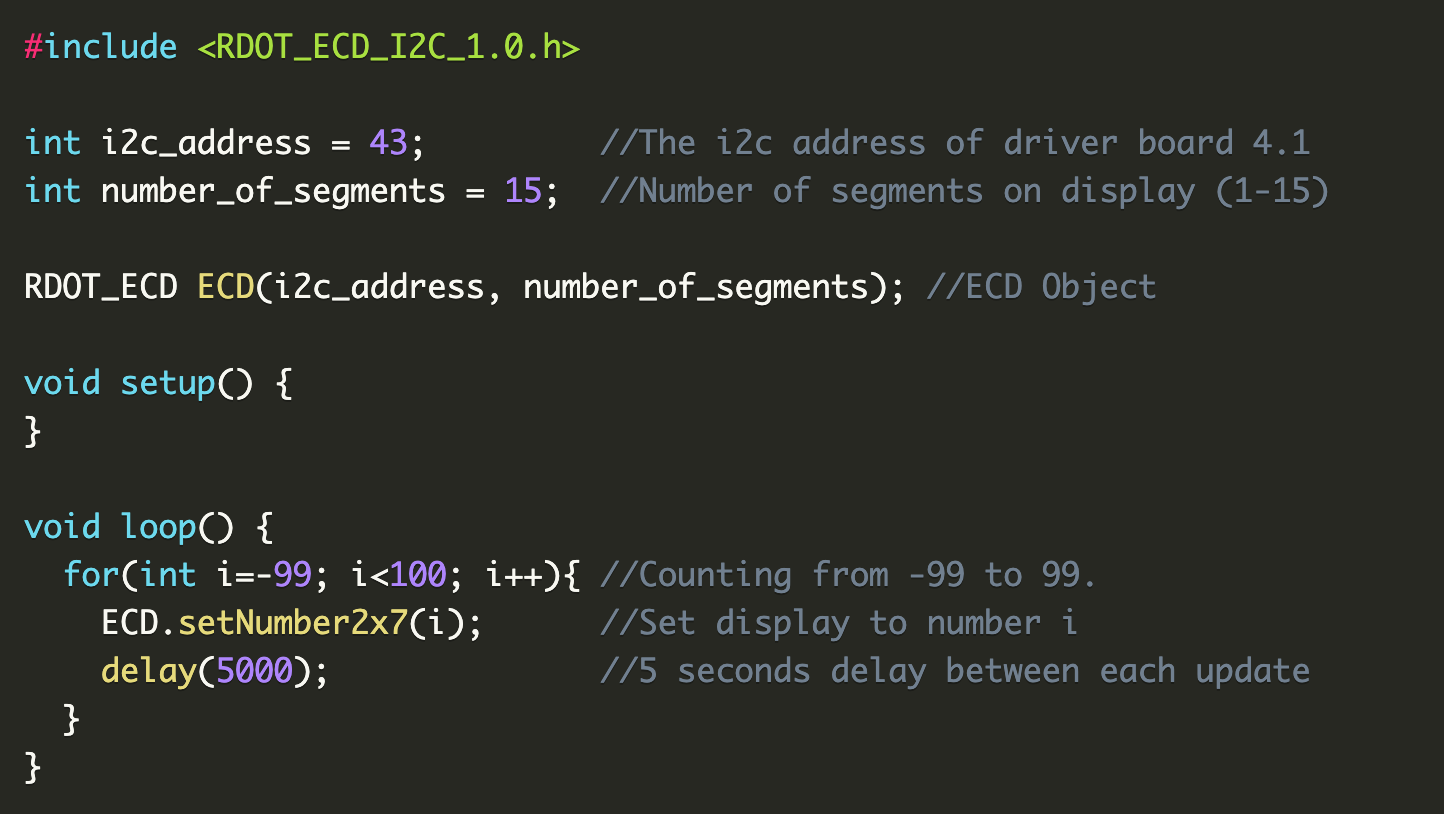